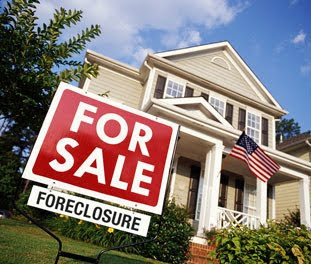 It’s something that has been ingrained in our psyche from the very beginning. Most of our parents did it, and they made us want it too. Work hard, do well in school, go to college, get a good job, get married and buy a house. Have a place you can call home, a place that you will one day own free and clear.

This was a dream that came true for many Americans during the housing boom of the early to mid 2000’s, a dream, which for a lot of people ended up becoming a nightmare. Now with the housing bubble that has long been burst and a real estate market still in the infancy stages of recovery, the word “RENT” is no longer viewed as a four-letter word but rather a sensible alternative. Myths about renting propagated by the housing market are slowly losing steam. Myths like:

• If you rent, you’re throwing your money away.
• Owning your home is a forced savings plan.
• Home ownership is a path to wealth.

Tell that to the millions of people who have had to foreclose or short sale their homes losing tens of thousands of dollars if not more on down payments. Yes, some of the blame has to be placed on those who made poor decisions or bought houses they simply could not afford, but the idea or maxim that home ownership is for everyone or defines the “American Dream” needs to be reevaluated.

There’s no question that there are a myriad of advantages to owning a home. You have stability, you can do whatever you like to the home, and you are not at the mercy of a landlord. These advantages however can come at a great cost. Buying a home in today’s market would require a minimum of a 20% down payment in most cases,that's IF you can even qualify for a loan. And if something breaks there’s no one else responsible for the cost of repairs but yourself. Can’t stand your neighbors? There’s not a whole lot you can do about that. And even though you are not at the mercy of a landlord, you are at the mercy of the housing market, which could be far more temperamental than any landlord can be. Renting on the other hand allows you freedom, depending on whether you are on a lease or month to month contract, you can pick up and move somewhere else if you don’t like where you live or need to follow opportunity.

With the unemployment rate higher than it has been in decades, traditional jobs are becoming more and more scarce, while non-traditional freelance and consultant jobs are becoming more of the norm. Pensions, tenure and company sponsored retirement parties are becoming a thing of the past. A white picket fence and 1.5 children no longer represent the “American Dream”. 40 acres and a mule have been replaced with an Internet connection and a Smartphone.
Posted by vicleyson@gmail.com at 9:14 PM