The Economy of Space 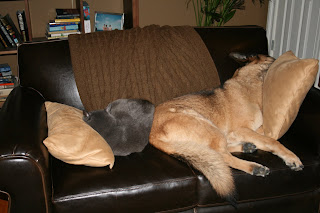 Having spent Halloween weekend moving for the second time in a year, I have now spent my first week in my new place. There are no more empty boxes lingering around and the blank canvass that was, is slowly but surely transforming into a representation of its occupants. Pictures on walls and furniture arranged in a fashion that is both functional and reminiscent of the way things used to be. You learn a lot when you move from one place to another; you realize that, there is often a big difference between what you think you want and what you actually need, a lesson that was made abundantly clear to me while I was moving from a 2 bedroom house into a 1 bedroom apartment.

The reason for the downsize? With the economy and job market still in the dumps, clients who can afford the luxury of having someone handle their finances for them are not lining up out the door like they used to. You know things have slowed down considerably when your cell phone becomes as much of a reminder of who isn’t calling as who is. So I, along with so many others out there have had to make sacrifices and cut back wherever I can. The idea of saving over $700 a month between rent and utilities was just too much to ignore. Moving into a smaller space has also enabled to me to purge some of the “stuff” I have accumulated over the years, stuff that had a sole purpose of filling a space or looking good. That is what we typically do with space; we fill it, and often the more space we have the more we have to fill. Sometimes having limited space can be the key to finding the balance between bare essentials and excess.

My 800 square foot apartment has everything I need for the time being. It’s a small building in a great neighborhood, and its Euro inspired kitchen gives me the unique ability to scramble eggs while simultaneously doing a load of laundry. How many people do you know can make such an offer to their guest? Living in a small space also serves as a reminder of what truly makes a house a home; it’s not the 50’ flat screen TV or designer furniture, rather it’s the people who come through your doors that add life to a room full of stuff. It’s the amount of footprints that is the true gauge of a happy home, or in my particular case the amount of paw prints as well.
Posted by vicleyson@gmail.com at 7:06 PM