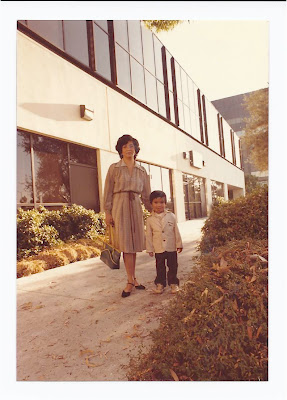 We’ve all heard the saying that “desire is the fuel of life” and that we, as human beings are innately programmed to be perpetually dissatisfied with our lives. We are trained to constantly want more. More respect, a bigger office with a fancier title and of course more money.

We hear so much about overnight dot com millionaires, professional athletes and team owners alike squandering away astronomical sums of money only to file for bankruptcy with nothing to show for their wealth other than a fog of memories of the way things used to be. I’ve witnessed it first hand with clients that have W-2’s well into the 6 and even 7 figures who don’t even have a savings account.

Then there are individuals like Victoria Ubaldo Antonio, an immigrant from the Philippines who made the 8000-mile journey to the United States back in 1979 to help her congenitally deformed son find the medical treatment that her home country simply could not provide. Making such a journey in your adolescent years is one thing, since children and even teens in general adapt to new surroundings with relative aplomb. Making such a transition at the age of 39 however makes it far more difficult to not only assimilate into a new culture but to learn an entirely new language as well, but that is exactly what Victoria did. Leaving behind a life that she had carved out for herself all the way into her middle age with a self sustaining bakery business, friends and an ailing mother in order to make her youngest son feel normal for the first time in his life and to provide opportunities that just did not exist for her other son and 4 daughters. 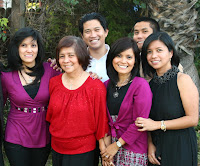 She got a job with an insurance company 27 years ago with a starting salary of $12,000 a year and retired this past Friday with a salary that topped off at $42,000. She would continually redefine the word “sacrifice” and did something that is almost unheard of in this day and age – she lived below her means. During her working years she depended on no one while so many depended on her. She would work well into the night, taking on part time jobs so she can make sure that the needs of her younger children were taken care of. She would come home after a 14-hour day to cook, clean and go to sleep only to do it all over again the very next day. She would always stress the importance of getting an education and did absolutely everything in her power to provide the very best for her kids. Even if that meant waking up even earlier than usual so she can prepare a hearty lunch for her youngest son and carpool to work so he can drive her car, to make up for the fact that his friends at school lived a life of privilege that she just could not match.

As her kids got older she would eventually quit her second job, but even as the load from her tired shoulders lessened her discipline remained in tact. She continued to live a simple life. She forced herself to save and eventually fulfilled her dream of owning a home and did so on her own terms. Now 66 years young, all of Victoria’s 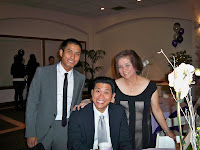 hard work has paid off in spades. Victoria, my mom will finally be able to enjoy the fruits of her labor. Her house is almost paid off and she owns her 2007 Toyota Solara out right. She never believed in living a leveraged lifestyle and if she were in Congress today she would argue to lower the debt ceiling rather than raising it.

People like Victoria are among the unsung heroes that we rarely hear about. Stories like hers are not only inspirational but also remind us that the possibilities within our own lives can often exceed the circumstances in which we've been dealt. To me, however she’s mom. All that I am today is because of her and all of the lessons both taught and observed will be an integral part of what I will become and when all is said and done -I can only hope to be able to live a life as meaningful as the way hers has been thus far. Happy travels Mama! Enjoy sleeping in, enjoy being your number one priority and enjoy not doing anything at all if you don’t want to. You have quietly touched and inspired the lives of so many and this world is a better place because of you!
Posted by vicleyson@gmail.com at 9:42 PM