Sometimes remembering the past can make the present even better. 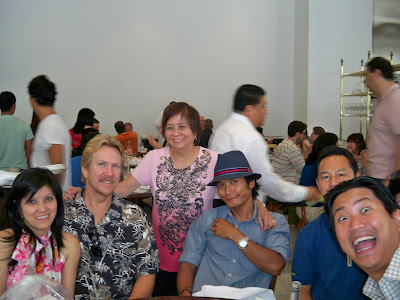 As the economy continually tries to pick itself up from crawling to stumbling to what will hopefully become larger, adult like steps toward recovery we need not forget what got us into this mess to begin with. We as humans often have very short-term memories when it comes to remembering the things we’ve promised ourselves we would never forget.

Signs of things getting better seem to be spreading like a rumor being whispered about in lunchrooms with cautious optimism. Everyone wants to believe it, but nobody wants to jinx it. Gas is cheaper; Real Estate might have finally hit bottom, 100 million dollar estates are being purchased in all cash deals and at the moment, one only has to throw a dart at a map of Silicone Valley to determine which internet company will go public next.

Even on a personal level, I have managed to pick up some clients and projects here and there that have made my own situation more promising. My bills are getting paid with a little more cushion to spare and I am starting to “treat” myself to occasional meals out and even set an ambitious goal of getting completely out of debt by the end of this year. In fact, just this past Saturday I, along with my brother, 4 sisters and 5 in-laws all met up at a nice restaurant for brunch in Downtown L.A. to celebrate my mother’s retirement after 27 years of working for the same company. The mood was joyful as it should be for such an event, even with all the planning and hassle that comes along with so many people meeting at a restaurant that does not take reservations. Even with some of my siblings with younger kids having to find sitters- all of us could not have been happier to be there.

Only one of us had been there before, while the rest of us were trying the place for the first time and we were not disappointed. The restaurant itself had a great vibe, it got us all out of our familiar zip codes, the food was very good and the prices were pretty reasonable – all things considered. Everything went off without a hitch until the check came.

For anyone who has ever been out to dinner with a large party where everyone is responsible for paying for him or herself… knows that this can become somewhat of an awkward moment. Everyone calculating what they had or more importantly what they didn’t have. Who ordered an appetizer? And who just had water? Are often the questions being thrown around. When all was said and done and the cell phones doubling as calculators were finally put away the bill was eventually settled. I myself handed over more than enough cash to cover what I had ordered and with a hint of arrogance made a comment to “keep the change”. Change that was returned to me by one of my in-laws with a sense of practicality that made me re-think the hubris in which I had tried to leave it.

It was then that I realized the irony of the entire situation. We were there to celebrate my mother’s retirement and the main reason why she was able to retire in such a fashion was not because she made a lot of money, hardly the case considering that her salary during her last year was a very modest $42,000. The reason why she was able to retire was because of how she handled her money. Change was something she always kept and saved rather than letting someone else keep it for her. Sometimes we need to remind ourselves, however cliché it might be to remember the bad times so we can fully appreciate the good.

The thought of telling someone to “keep the change” at some fancy restaurant would have been absolutely ridiculous just two short years ago when my clients were leaving in droves during which I was asking myself for the very first time in my life the question of “what am I going to do?” So why should it be any different now? Change, in hindsight was all I had not too long ago. I needed all the change I could get back then, not to pay for nice brunches at trendy restaurants but to pay for groceries and rent.

Now that things seem to be changing for the better, there are certain things that should remain the same. I made a promise to myself that, when things eventually got better that I would not take things for granted like I once did and there is no better time to keep that promise than now.
Posted by vicleyson@gmail.com at 8:53 PM