An exception to every rule 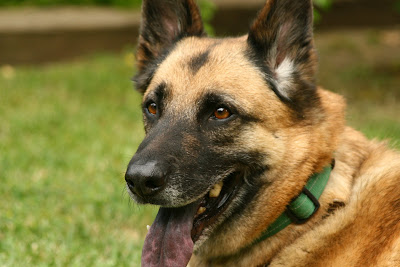 For the few of you out there who consistently follow my blog in spite of my inconsistent posts knows that the very essence of what I attempt to write about is, for the most part, sound, practical and easy to follow financial advice. Whether it’s in regards to stocking your own at home bar to save money on alcoholic beverages or what’s better buying or leasing a car?

In my writings I often discuss certain rules and guidelines that one should follow in order to live a fiscally sound lifestyle without having to live a life of depravity. However, as most of us know all too well, that for every rule there is an exception.

My exception came just 5 short weeks ago on the heels of accomplishing a personal goal that I had set for myself in the beginning of the year of becoming absolutely debt free for the first time since high school. I have to admit, once I saw my last credit card balance read 0.00 -that I took the time to celebrate the moment by going on a little shopping spree to update my wardrobe and treated myself to a couple of nice dinners and even bought myself a new all-in-one printer that had a very cool E-print function that allows you to print documents wirelessly directly from your smart phone. None of the items I purchased were necessities by any means, but that’s what shopping sprees are for right, to purchase things that you want rather than things that you need?

I even took the opportunity to finally get my lovely German Shepherd Harley to the vet to have her annual check up. Everything on the surface checked out fine. Harley looked like a picture of perfect health, but a couple of days after her check up I knew that something was off with my baby girl. Her energy level was low and she was barely eating. Part of me chalked it up to the summer heat bearing down on a large breed with a lot of fur, while another part just knew that there was something wrong. Another trip to the vet and a chest x-ray later was when I got the paralyzing news that Harley had Lymphoma and the cancer was starting to spread to her lungs. I was absolutely devastated and inconsolable. The news hit me so hard that I only told a small handful of people when I found out. I did not want to be around anyone that may say the wrong thing without even knowing it, out of fear of how I might lash out or react.

The Vet’s diagnosis was to immediately start an 8 week long chemotherapy regimen known as the Madison, Wisconsin Protocol and hope for the best. Round one started on a Friday and I had no idea what would be in store for us. Upon carrying my once powerful and athletic dog out of my truck and into my apartment was when I realized just how violent of an affect chemotherapy can have on an animal. She was loopy and groggy at first, which was to be expected, then came the perfect storm of uncontrollable vomiting, panting, urinating and restlessness. The both of us were up every hour throughout the night for the entire weekend and this was only round one.

By the time Monday and Tuesday came, I hadn’t worked in days. I didn’t ask my clients for time off, I simply told them that I wouldn’t be able to make it in anytime soon. The only thing that mattered to me was to take care of my best friend and make her better. I vowed to myself that I would do everything and anything within my power to get her on the mend.

When Wednesday and Thursday came around, Harley was starting to show some signs of recovery from the treatment, only to have to go through it all over again come Friday. Friday would be a big day for the both of us. Not only was her next round of chemo scheduled, but an all important second x-ray was going to be done to see if the first round of chemo managed to get rid of any of the cancer that was discovered in the initial x-ray. Thankfully enough, the second x-ray was literally a night and day difference from the first. While the first x-ray reminded me of a cloudy sky, the clouds being the cancer, the second x-ray reminded me of how I reacted the first time I saw a high definition flat screen TV, the clarity was that noticeable. 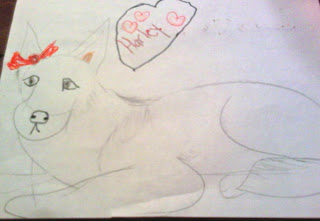 This gave Harley, myself and the Vet hope. Had the second x-ray come back similar to the first the conversation I would’ve had with Harley’s doctor would have been far different.

Now, having just completed round 4 Harley will be on a 2 week break free from chemo treatments and medication of any kind. I will spend the next two weeks continuing to cook all of her all of her high protein no wheat no grains “Stay Cancer Free” meals which should get her back to her normal weight and strength in no time, not to mention the both of us catching up on some much needed, uninterrupted shut eye.

As I look around my apartment, I am reminded of the collateral damage that caring for a sick animal can leave behind. I have temporarily put away the bucket and wet rags and patched up a hole on my couch, which was caused by Harley’s reaction to the steroids, she received intravenously this last round. All of the little things that would typically drive a highly organized, borderline neat freak like myself to seek psychotherapy have been relegated to meaningless inconveniences. What is a couch, but mere fabric and thread. What makes a couch unique and comfortable is having her lying on it with me.

Now that the 0.00 balance on my credit card has been replaced with some larger numbers, I at least know that the charges did not stem from some shopping spree or an irresponsible moment of decadence. All the charges on my current credit card statement have all gone toward one goal, and that is to keep my exception to every rule around as long as possible.
Posted by vicleyson@gmail.com at 9:06 PM 4 comments: